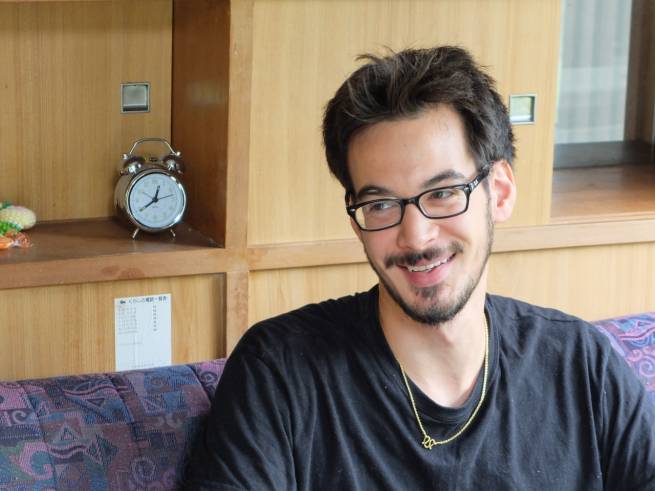 My project is difficult to draw so I won’t (it will be a wearable piece), but it will probably be similar to Chiron from Greek mythology or Sans Titre.

I will put my work on display in the window of my friend’s studio in Bali.

It will be on display at the Jeune Creation gallery in Bali. (I exhibited there and won an award in 2012.) Exhibition is also possible at the France Culture Center.

This work by Jonathan is not an externalized image of himself. This is something to put on oneself to extend the abilities of one’s body. This extension does not, however, equate to increased functionality. It won’t make you run faster or make it easier to pick up something heavy. It is not a tool for universal design, nor does it assist those with disabilities; functionally, it is completely useless, but it does act to stimulate our imaginations. During the residency, Jonathan used Oguni Cedar to build this King of Apes, a handmade suit of wooden armor. The design matches the title, with the piece projecting a sense of strength. A humorous performance at Street Art-plex in downtown Kumamoto for normal passersby helped relate the artist’s concept.

This Don Quixote-like construction is a manifestation of our hidden desire to extend the function of our body, to be superhuman, and this desire reaches further, higher, and faster than any mighty powersuit can provide.

This piece may also represent the artist’s envy towards the demigods.

View the embedded image gallery online at:
https://asoart.com/en/jonathan-sitthiphonh.html#sigProIdbb92ed25e7
back to top