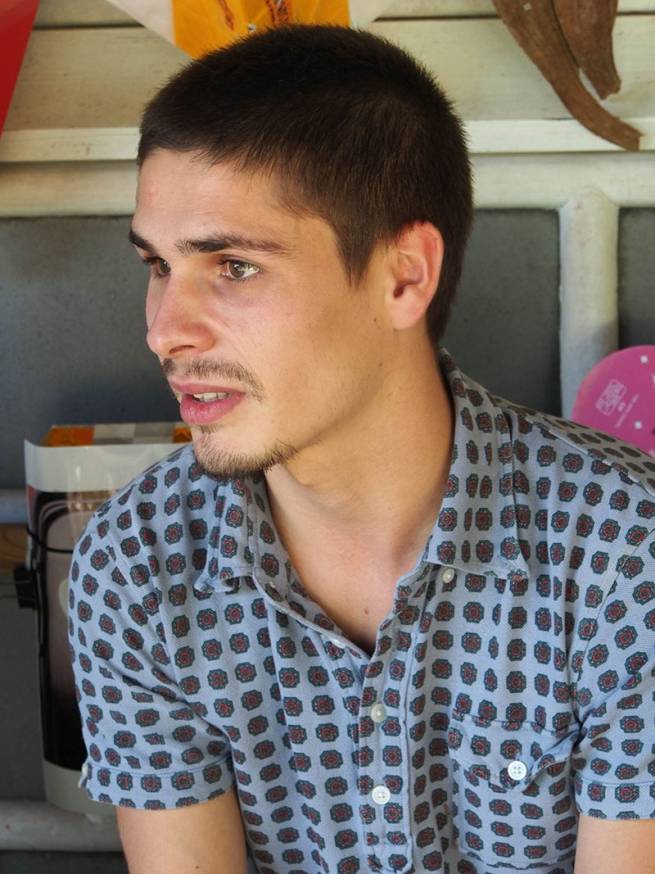 Maxime’s creations involve copies and modifications of existing items. Most of his work is in sculpture, but he is most actively searching for an item’s fundamental idea. We he recreates something, he doesn’t simply make a copy, but instead makes something based on the idea of that item.

As such, the components Maxime has changed are visible in the features of his art; each piece expresses multiple viewpoints. His work has multiple levels. At first glance, his work appears abstract and formalist, but the title gives you a hint at what the original item he is recreating is. When the viewer’s imagination recognizes what the art represents, that is when the work is complete. The distorted scale, the rearrangements and materials act as an accelerant for recalling an imagined item. The engine part becomes a particle accelerator or gear and lacks an aesthetic choice. These detailed parts require efficiency.

The transition to sculpture requires omission of the external appearance to exaggerate the form. The reproduction thus has its own identity that is unconfined by space or time.

View the embedded image gallery online at:
https://asoart.com/en/maxmie-threau.html#sigProIdc739cb78f9
back to top